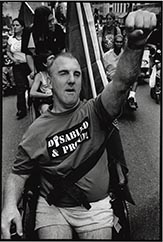 Realizing the need for transitional housing for individuals with disabilities in Philadelphia, RLI began a campaign to establish a transitional living facility which would assist individuals to move from institutions and parental homes to Independent Living situations in the community. The RLI Board, along with other community agencies, developed and opened the Transition to Independent Living (TIL) facility in September 1988 with the assistance of Housing and Human Development (HUD), city, and foundation funding. In 1994 TIL separated from Liberty Resources and is now governed by its own Board of Directors.

RLI also relocated to One Winding Way, near City Avenue.